Capturing our studio on film

Growing up with both a father and a mother being metal sculptors calls for not just a lot of metal in your home, but also some fun opportunities for our kids. Our little daughter Isabell, then 5, jumped at one of them in 2012 when RTE’s ‘Kids Speak’ team came to film at the forge. Kidspeak, is a series of 30sec – 1min films showing Irish children engaging in everything from abseiling to zoology, and was directed by Julian Hills who came out to the forge and ‘interviewed’ Isabell. She told camera man (and very large camera) about her mummy and daddy both being ‘blacksmithes’ and how she used to say ‘ding-ding’ whenever she saw stuff made from metal when she was only two years old… It turned out the cutest film ever!

The 2015 Angelus films were produced by Kairos Communications. The brief was of course ‘reflection’ (religious or non-religious), so it was Michael’s idea to show the forging of a rose, which is a really delicate object. The two gents from Kairos spent the day filming for this 1 minute clip which turned out lovely, especially the end part where the ‘Angelus rose’ is cooling down. Now every Wednesday at 6pm on RTE you can admire the man in the green shirt contemplating a rose.

‘I like the bongs. I don’t have a religion. The one on Wednesday evening of the man forging a rose was rather relaxing to watch, more of that please.‘ From ‘RTE revamping the Angelus slot’ on boards.ie

Also in 2015 we partook in Oliver Gormley’s sculpture exhibition at Russborough House. RTE came out to film for the One News. The short clip includes Gunvor showing off our studio which is of course on the grounds of Russborough, and giving her two cents worth. Trying to summarize why art is made… not bad for a Dane – given that the gallery owner gets away with just eating a sandwich!

13 professionally made films from studios around Ireland facilitated by the Crafts & Design Council of Ireland back in 2013. Amazing colours… awful choice of jumper…

0 comments on “The Ding-Ding And The Dong-Dong” 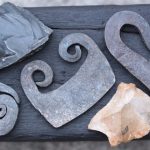 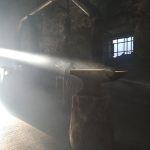 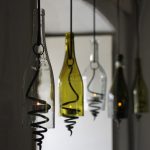 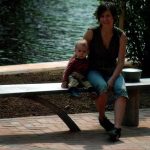 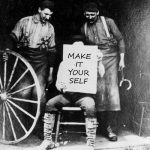